Born April 2, 1990 in Budapest. He grew up under the art of his father, the academic sculptor Ernő Tóth. As a young child, he was involved in the studio under his feet, and later as a schoolboy he was already actively assisting in modeling and casting him in all known Hungarian sculptures.
In 2008, he graduated from high school, and from 2008 to 2010 he studied biology at the University of Szeged. However, the desire to realize his creative potential was stronger, and so he remained at the university for a few years, this time at the faculty of visual arts and painting to become a professional artist.

Kristóf Tóth is a versatile artist who devotes himself to both painting and sculpture. The painting draws ideas from nature, but it also fascinates physical phenomena, especially the speed it displays in various forms.
The motifs of his sculptural works are even more diverse. Sporting themes dominate, perhaps because he is an active athlete so he can capture moments of sport in all their dynamics and excitement. Whether it is sculpture of a skier, swimmer, swordsmanship, basketball player, skater, cyclist or golf player, we all perceive the dramatic moments of stopping and rewinding into matter.

2014 Exhibition called Labyrinth in the city of Szentedre 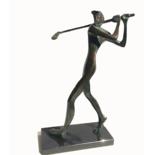 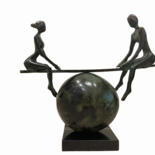 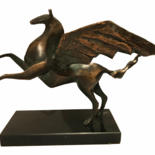 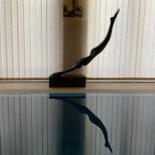 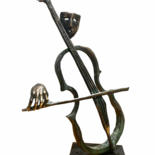 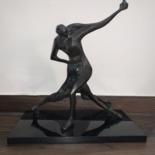