Are you interested in the history, cultural traditions and history of humanity? Then the paintings of an important Slovak artist and illustrator Martin Kellenberger are just right for you

Martin Kellenberger is not only an important painter, graphic artist and illustrator; he is also admirer and connoisseur of music, literature and history. His work reflects the European and world history and cultural history of mankind so far, there often appear biblical themes, personalities of the middle Ages or modern times such as Gutenberg, Comenius, Van Gogh, Ensor, Klee and others. His canvas and illustrations convey his views of fairy tales magic and the values of human civilization, culture and humanism. He emphasizes in his work confluence of expression and semantic phenomena of visual and narrative. He blends speech, content, forms, signals and signs; he creates the unity of thought and visual storytelling and the symbolism of mind-set. His art talks about the eternal flow of human culture. That is the deepest and a nice sense of art. Awards: He won several awards in competitions for the Most Beautiful Books of Czechoslovakia and Slovakia ( 1987-2011), , including the Ludovit Fulla prize (2001) . He was nominated for the International Hans Christian Andersen Award (2006). Exhibitions: Solo exhibitions in France, the United States, Hungary, the Czech Republic, Austria, Italy, Spain, France and many group exibitions Japan, Spain, Italy, Russia, Germany and other countries. His 85th vernisage at home has seen also the inauguration of the new stamp from the emission Towns-Modra, of which he is the author. (Dimensions of artwork:various - suitable for COE space) Biography: 1957 born in Bratislava 1976-1980 Studied in the Department of Arts Education at the College of Education , Comenius University 1981-1992 art editor Publishing houses 1987-2011 Awards in competitions for the Most Beautiful Books of Czechoslovakia and Slovakia 2001 Ľudovit Fulla Prize 2005 Study tour to Australia 2005 University teacher in the Department of Art at the Faculty of Architecture 2006 Nominated for the Hans Christian Andersen Prize 2009 Study period at Cité Internationale des Arts in Paris 2010 Participated in numerous symposia and workshops on painting He lives in Bratislava, capital of Slovakia. Artwork: painting , graphic art, book illustrations ( illustrated over 100 books ) and animated film. 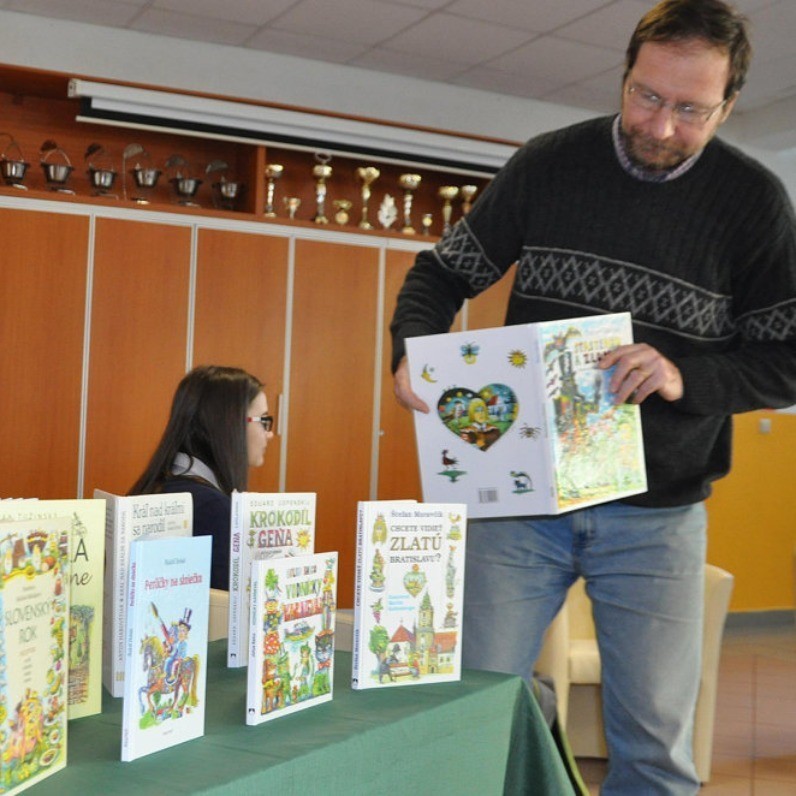 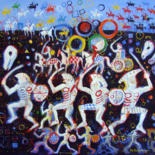 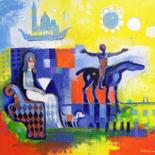 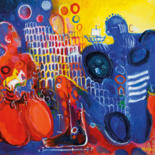 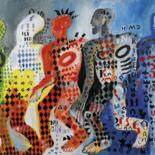 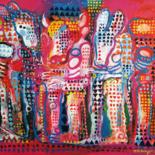 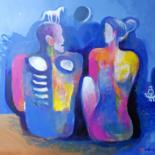